The Salt River Project is looking for companies to build solar power plants to produce up to 400 megawatts – and it wants 200 megawatts to come from plants located on the Navajo Nation.

The Phoenix-based utility company issued on Jan. 15 a request for proposals for solar power plants and is asking respondents to provide proposals that are a minimum of 100 megawatts and up to 200 megawatts in size.

Energy produced by these solar power plants will be delivered to customers in central Arizona.

“Once contracted, the 400MW will position SRP to achieve its goal in acquiring 1,000MW of new solar energy by 2025,” the company said in a press release.

SRP has been transitioning its energy portfolio from coal-fired power plants to renewable energy and natural gas sources in response to changes in the energy industry and environmental regulations.

SRP spokeswoman Patty Garcia-Likens said the solar power plants can be located anywhere on the reservation but the sites must be able to connect to the SRP grid.

“We are looking for companies to provide bids to build the plants and SRP will purchase the energy from the plants. The 400 megawatts can serve up to 100,000 SRP customers,” Garcia-Likens said. 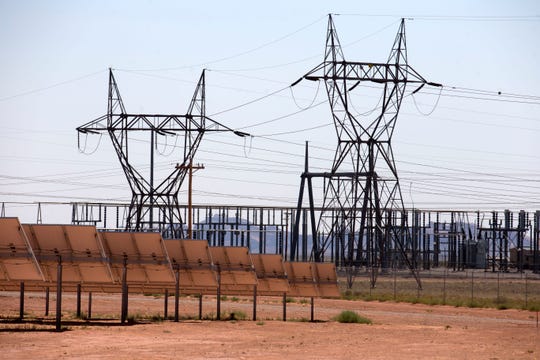 Towers and power lines near the Kayenta Solar Project are shown during a tour on July 6, 2017 in Kayenta, Arizona. The project is the first large-scale solar energy facility on the reservation and operated by the Navajo Tribal Utility Authority. (Photo: Daily Times file photo)

The request for proposals – which is open to enterprises under the Navajo Nation – was formulated through a collaboration with the working group formed by the Navajo Háyoolkáál Proclamation.

The proclamation calls for the tribe to diverse its energy portfolio and create jobs from clean energy development projects. It was signed in April 2019 by Navajo Nation President Jonathan Nez and Vice President Myron Lizer.

“This project is critical as it moves us forward in our goal to invest in more solar energy projects and offer our customers a diverse mix of affordable, emission-free power. We are also proud to work with the Navajo Nation as they facilitate further development of renewable energy,” SRP General Manager and CEO Mike Hummel said in a press release from the company.

Nez said the action is the “beginning of a new era” for the tribe and “the start of new opportunities.” 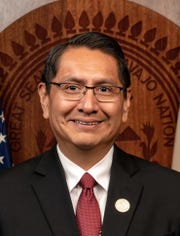 “We recognize that coal-based energy provided many benefits for the workers and their families, but times are changing, and energy development is changing,” Nez said in the release.

Lizer said in a separate press release from the tribal president’s office that the Navajo Háyoolkáál Work Group helped determine criteria and requirements for the request for proposals.

“We will continue to work together with SRP to ensure that the proposals are vetted carefully and that the nation benefits from this project,” he said.

Previous articleWind & Solar Power Will Dominate 2020 In US, Despite Trump
Next articleWind, Solar To Dominate New U.S. Power Capacity This Year

ComEd this week reported to the Illinois Commerce Commission (ICC) that residential customers are receiving savings and clean energy benefits from the Future Energy...
Read more

California Energy Commissioner Karen Douglas released the following statement in response to the U.S. Department of Interior’s decision to revoke amendments to the Desert...
Read more