GoodWe reiterates its ranking as a major global player

With a volume of more than 4 GW of capacity shipped in 2018 and more than 12 GW of total capacity installed all over the world, in 2018 GoodWe reached the ranking of the 7th largest supplier of PV inverters globally, according to the recently released report by Wood Mackenzie titled “Global Solar PV inverter market: Market shares and shipment trends 2019”. 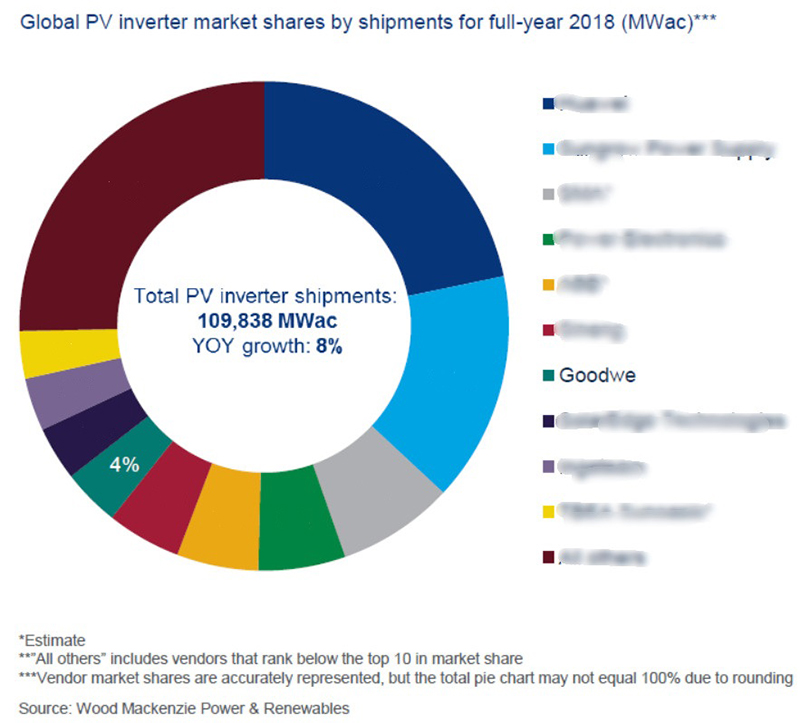 This is not the first time that, according to an authoritative international institution, GoodWe made it onto a list of the largest suppliers of PV inverters (IHS and Bloomberg  have also identified us as a major supplier in previous years). The fact that an organization as reputed as Wood Mackenzie classifies our company on that ranking makes us very proud and it is a joy to share this with our global customers.

Firstly, the hard facts of this report: in 2018, GoodWe shipments of PV inverters reached 4% of the global market share, which in itself is remarkable, considering how fast the global market has been growing and how rapidly this trend intensified last year.

In two large central regions of the world, Europe and Asia-Pacific, GoodWe maintained its outstanding performance; last year, GoodWe supplied 3% of the inverters in the European market, which made our company one of the top 10 largest suppliers of this continent, which also happens to be the regional market with the fastest growth in the world and consequently, the strongest contributor to the growth of solar in the world.

In Asia-Pacific, GoodWe reached 5% of market share, making our company the 4th largest supplier, which is remarkable given the volumes involved and the size of the national markets of this region, which includes the largest world markets of China and India and the sophisticated market of Australia. 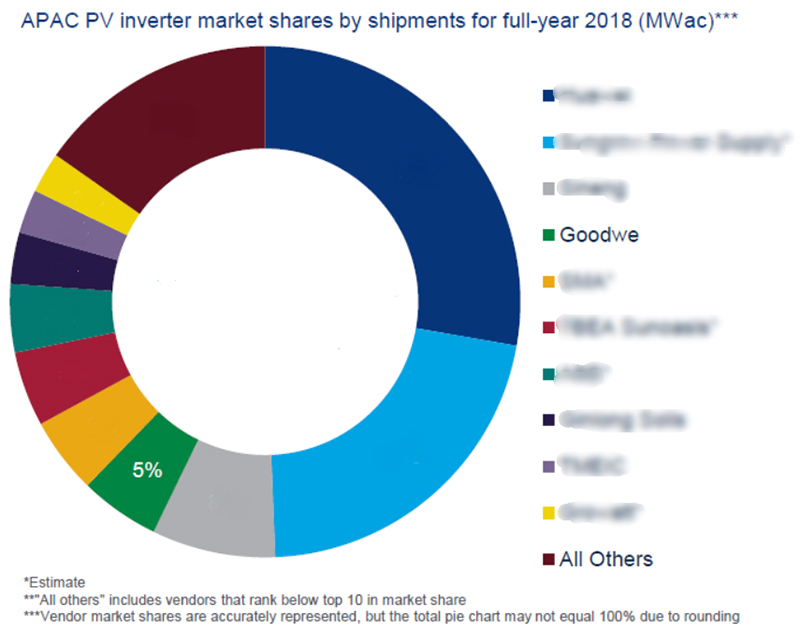 2018 was very challenging for the Chinese solar industry, but GoodWe still managed to expand in the global market and the inclusion of our company on the Wood Mackenzie top ten list bears witness to those efforts. It is also worth mentioning that the 4 GW volume shipped by GoodWe last year was 35 times more than we shipped in 2012 and more than double what we shipped in 2016. The Wood Mackenzie report fully illustrates that, despite the challenges of last year, GoodWe has managed to maintain a remarkably high rate of annual growth that has averaged 100% since 2012.

Across the world, the solar industry is experiencing a fresh wave of growth and demand has continued to expand and diversify. The quality expectations of consumers around the world has become more complex and inverter suppliers are now forced to innovate and deliver value to meet the rising demand and excel amid fierce competition. GoodWe’s competitors are formidable companies and being part of the big leagues is not a small feat in these times of rapid evolution.

The continued presence of GoodWe in the selected group of the world’s top largest PV inverter suppliers rests on several factors. Three of them stand out: firstly, GoodWe has understood that service is of critical importance to win customers’ trust and satisfaction and so it has set up local service teams in Europe, Latin America, India, Australia, Korea, and other markets. The expansion seen over the past year of the GoodWe businesses across the world is just a reflection of those efforts.

Another factor is that GoodWe is distinguished by its capacity to react quickly to customer demand, something that has been allowing the company to improve its products over significantly short periods.

Last but not least, it is worth mentioning the wide and expanding portfolio of GoodWe products that allow the company to cater to different market segments and within these, meet the quality expectations of different kinds of customers.

To all our partners and potential customers, we would like to tell you that when you buy or consider to buy a GoodWe inverter you are acquiring the product of a reputed brand that is among the top 10 global suppliers. Rest assured that this carries our commitment to provide you with value and the best service. Being part of the Wood Mackenzie top ten list gives us the motivation to keep improving in all respects.

Previous articleJinkoSolar Supplies 351MW of Solar Modules for One of the Largest PV Projects in Asia Pacific
Next articleCollaboration between GoodWe and Oxford City F.C. in common purpose: To make a greener world

The Portuguese government has revealed a few preliminary results of the?700 MW solar energy auction finalized on Tuesday.? In a press release, it said that...
Read more
PV News

Renewable energy sources produced significantly more electricity than either coal or nuclear power during the first six months of 2020, according to a SUN...
Read more
PV Markets

Hybrid and co-located solar-storage projects can provide “considerable benefits” to grids in the US, but only if market rules and practices undergo a wholesale...
Read more